I'm sure many of you out there were thinking, "Julie, you don't have enough cats. You should get another one."  No? Well, no matter. We went ahead and did that anyway. Enter cat #8, Fergus the Scottish Fold kitty.  He is the cutest kitty ever. Don't agree? Show me a picture of a cuter cat. Scottish Fold cats have ears that fold over.  Well, 1/2 of Scottish Fold kittens do, and the other half have regular ears. Straight eared Scottish Folds have the same wonderful personality as their folded ear siblings, but look more like regular cats.  Have you heard of the internet cat star named, Maru? Maru is a straight eared Scottish Fold.  How did we come up with the name Fergus?  Well, we picked a Scottish name since he's a Scottish Fold.  You can't name a Scottish Fold cat George. Well you can, but why would you do that when there are so many fun Scottish names to choose from? 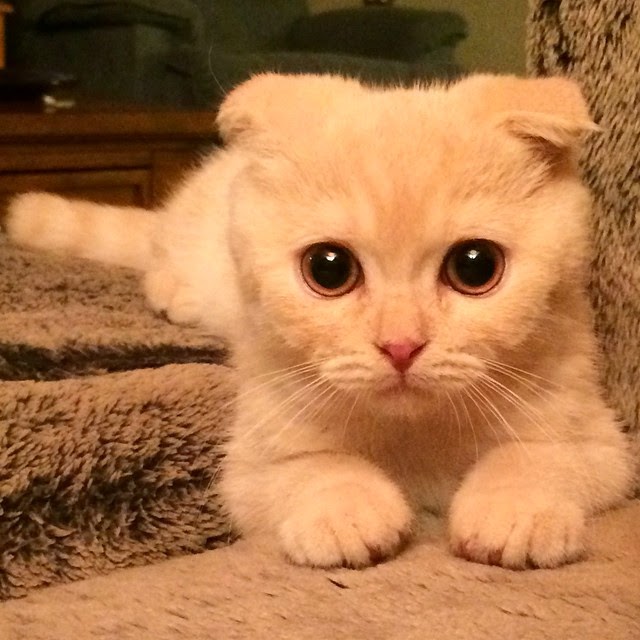 Fergus' breeder is located near Lake Tahoe, CA. We had never been there before, so we decided to make a little vacation out of it.  The severe altitude sickness I got upon arrival put a little damper on our time there, but we still enjoyed it as much as we were able. I'd love to return again, next time with medicine to prevent altitude sickness!

We drove around Lake Tahoe, which part of it is located in the state of California and the other part is located in Nevada.  Anyone who visits, should definitely take the 72 mile drive.  Many of the views are breathtaking.  Here are a few of the pictures I took on our drive.... 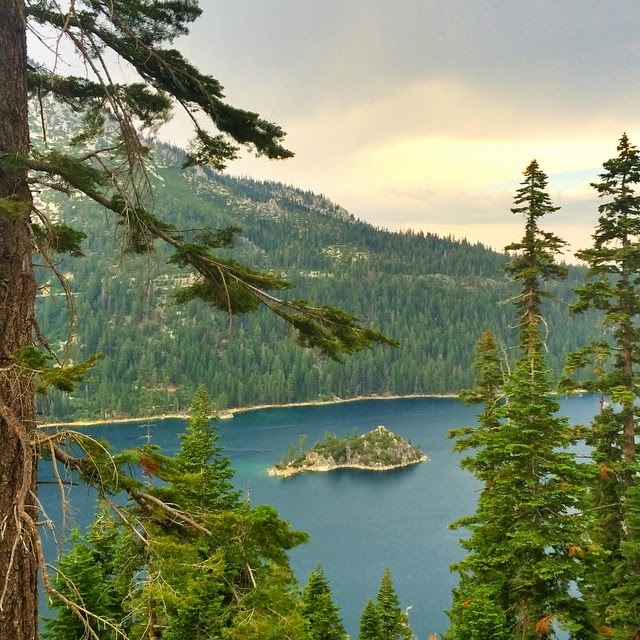 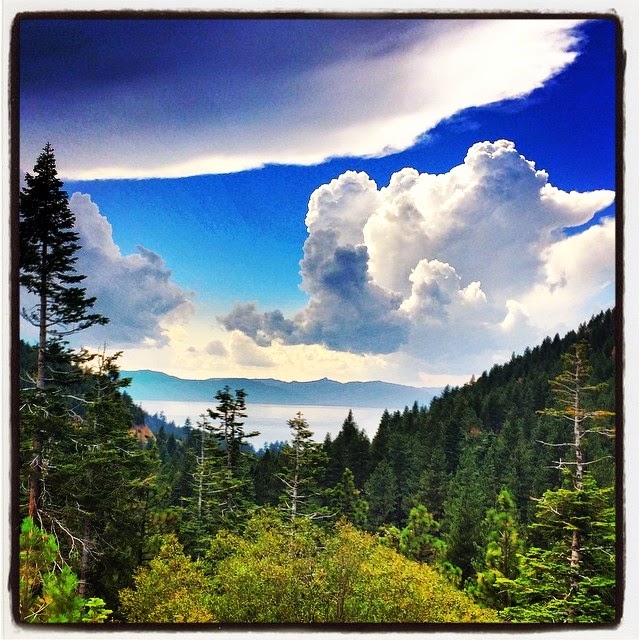 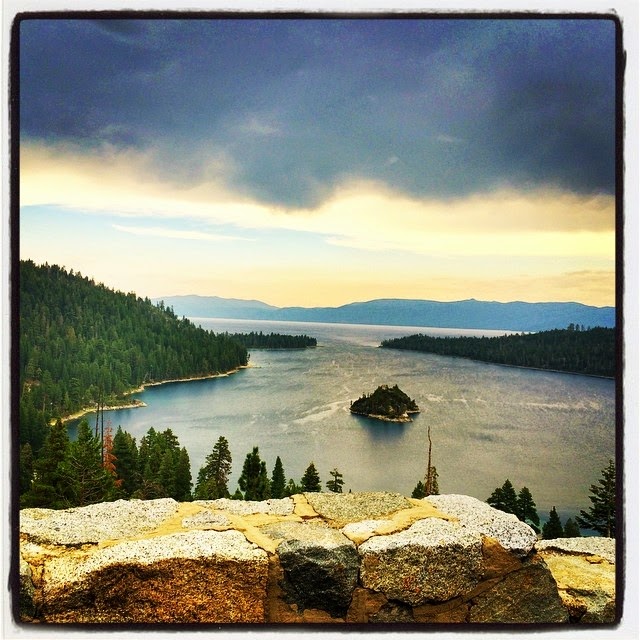 Our hotel was located 15 minutes away from Lake Tahoe, in a town called Truckee.  Truckee is a historic town that was named after a Paiute Native American Chief. They have several buildings and houses that were built in the 1800's which are now historical monuments. Truckee receives an average of 203 inches of snow annually, making it the 5th most snowy city in the United States.  That brings up what Truckee is most famous for... for it was in Truckee in 1846 where a wagon train of settlers from Illinois, known as the Donner Party, got stuck in what is now called the Donner Pass.  Of the original 87 settlers, 48 survived the ordeal after many had resorted to cannibalism as a means of survival.  The Donner Memorial State Park is dedicated to the settlers and is located on the East End of the Donner Lake. 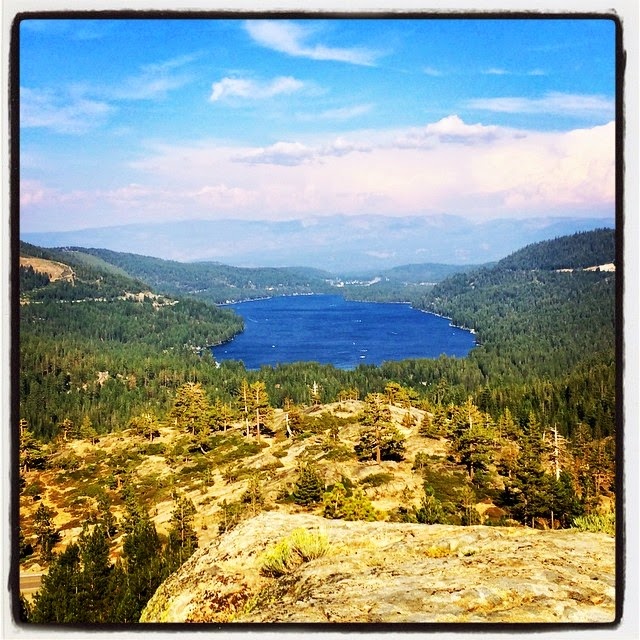 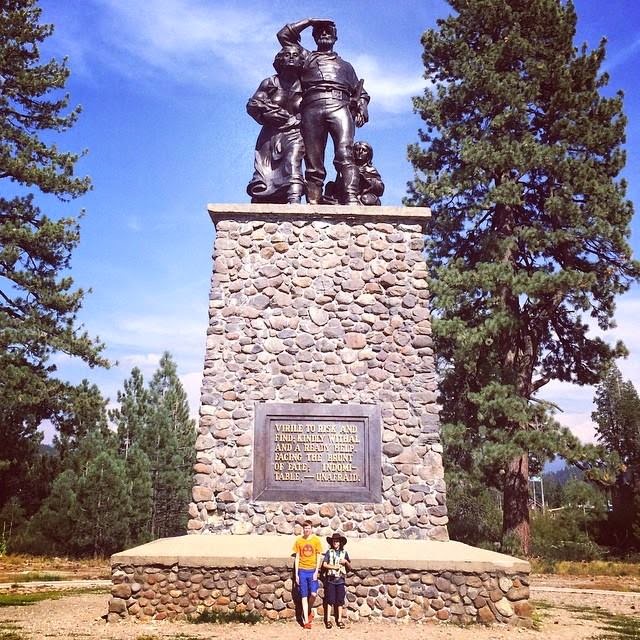 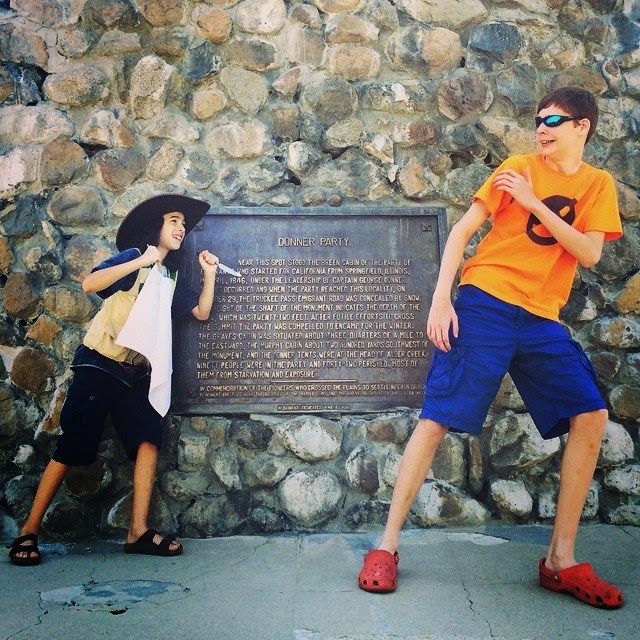 But you can't visit the Memorial without acting out that historical event. Oh wait, are we the only ones who did that?  Seamus is looking mighty hungry in that picture.

So... back to Fergus. This kitty is so incredibly sweet and loves to cuddle. Did you know that Scottish Folds sit up like humans in what they call a "Buddha Position"? Kind of like this... 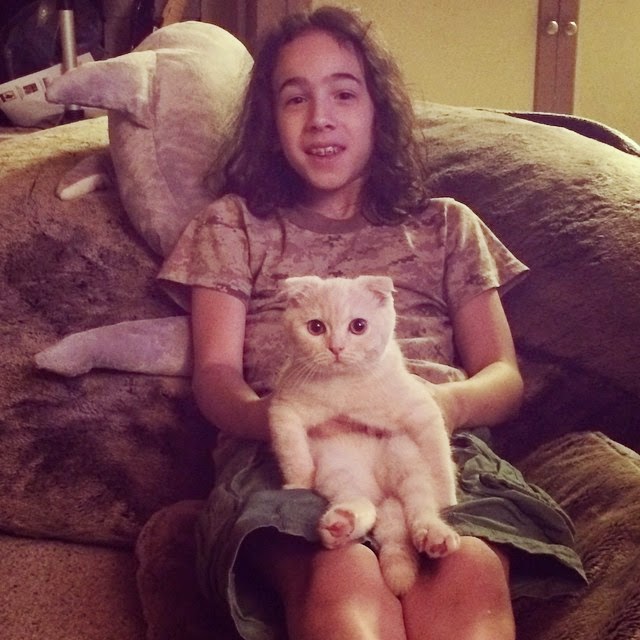 They also stand up like a meerkat and can walk on their two back legs like that. We've observed Fergus doing that, and even walking backward like that, but I have yet to get a picture of it. So here's a picture of another Scottish Fold doing this. Just picture Fergus in this position.  See? I even found one that kind of looks like him. 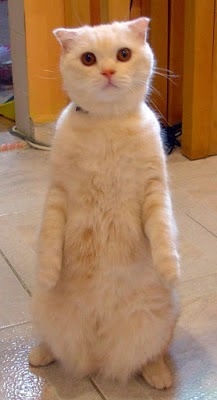 Everyone loves Fergus. Here's a picture of him snuggled in my hunky hubby's arms. Seriously... a shirtless man cuddling a sleeping, baby kitteh?!!  Ladies, you can't have either one of them. They're MINE, ALL MINE!!! 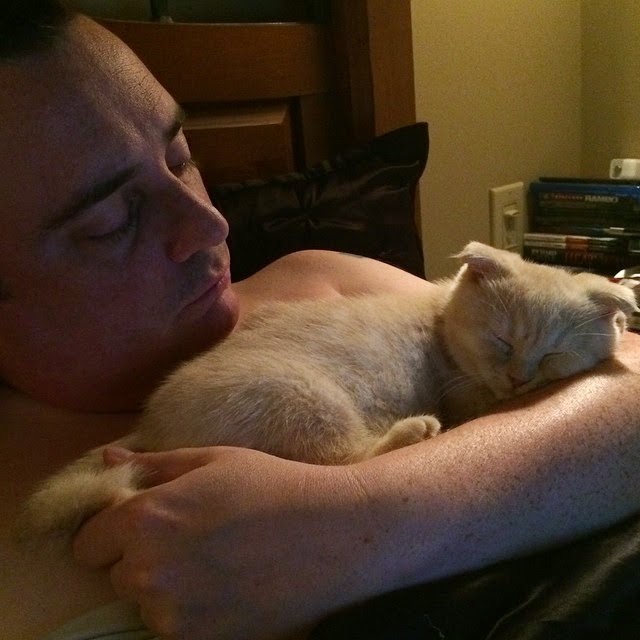 Back to the "everyone loves Fergus" bit.  It's true. We have 7 cats inside (one lives outside) and we all fight over who gets to hold Fergus. Every. Day.  And the other cats? Lupin has decided he's Fergus' daddy. He plays with him, cleans his ears, grooms him and sleeps with him.  When Fergus is not with Lupin, Lupin keeps a watchful eye on him to make sure he's okay.  Fergus has also accepted Lupin as his daddy and now follows Lupin around.  Here they are cuddling together... 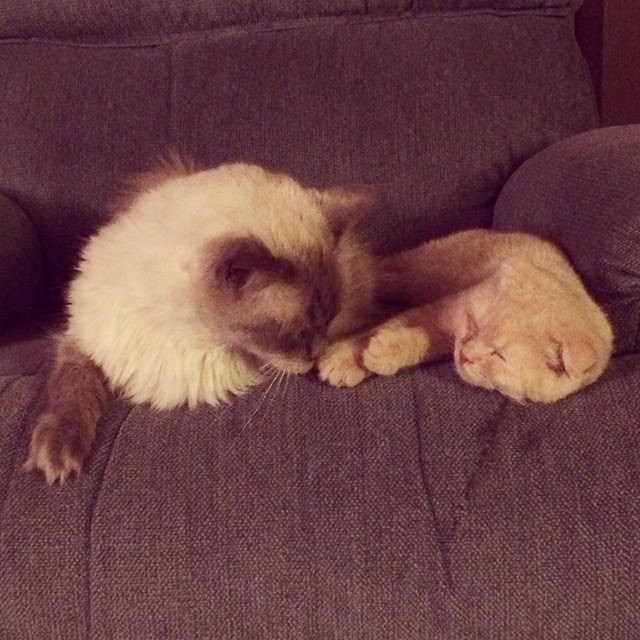 And when I said everyone loves Fergus, I mean EVERYONE. All of our cats love him. When he joined the family, there was not one single hiss from another cat. They accepted him from day one.  Our cat pack has always accepted new cats fairly quickly, but Fergus broke records when he joined our family. 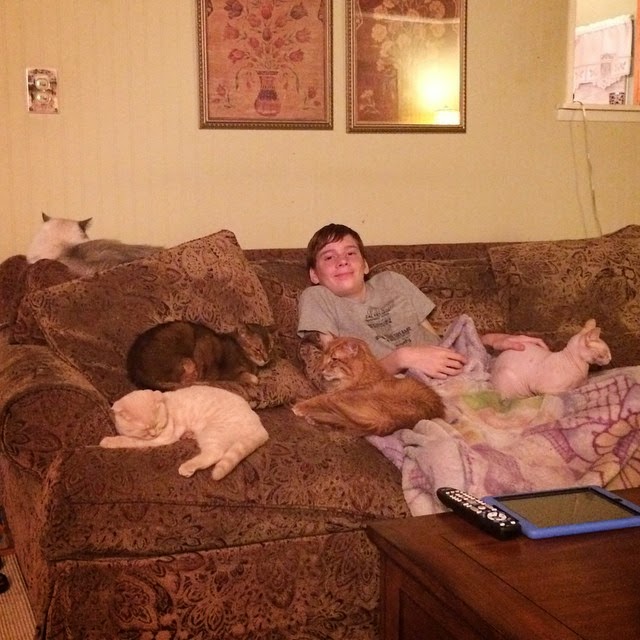 I'll leave you with this last picture of a sleeping Fergus. He is the softest, sweetest kitteh around. His personality makes him even more ridiculously cute. Haven said just this week he thinks Heaven should be full of little Ferguses running around, and Seamus describes holding Fergus as "holding a soft, fluffly cloud".  Simply put, he's just the cutest kitty ever. EVER. 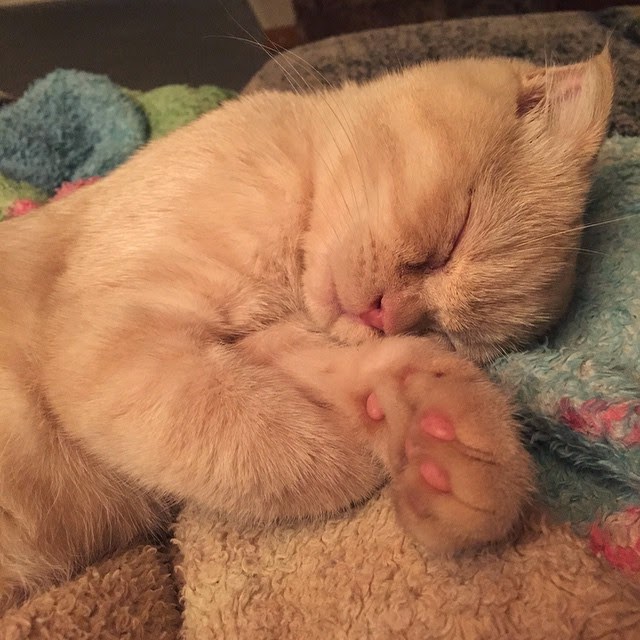