Tomorrow Marshall and I are returning our female Sphynx Winky to her breeder. Since we got her, she's been marking areas with urine all over the house. Unfortunately many places we didn't discover until long after the fact, and when we did discover areas, we didn't know which cat was causing it. We didn't know if one of our older cats was causing it in reaction to the new cats or if one of the new cats was doing it. One thing was certain... If any of us accidentally left our bedroom doors open, we could be certain our beds would get peed on. Every time.

For the Ethiopia Reads Charity Event, Marshall had nine of his photos printed out poster-sized and mounted, to donate for their silent auction. They were in our closet. We found out the day before we were supposed to drop off the pictures that the cat in question urinated on the stack of photos, ruining them. We had to put a rush order in to get the replacements done in time for the event.

When we were packing for Orlando, I found out the cat peed in my new suitcase & all over my clothes. While the suitcase was drying out from being cleaned, I finally caught the guilty cat in question, in my suitcase, peeing AGAIN. It was Winky. We were shocked.

We have kept her locked in a bathroom, isolated from the other cats for the past week, while giving full access to the regular marked spots to the other cats. There has been no more marking, which means Winky is the sole culprit, and none of the other cats are copying her. (thankfully)

As you can imagine, this has caused a lot of stress in our family, and clearly something about our home life is causing stress for Winky. The breeder said she was the most hyper of the litter, which was evidenced by her higher than normal anxiety during vet trips, nail clippings and baths. It is really a shame we did not find the culprit sooner, when we had a chance of re-training her. But now the problem has escalated to a level we just can't handle.

Thankfully, the breeder has been very supportive. She offered to take Winky back. She will re-train her and find a new family for her where she is the only cat. When she has another litter, she will give us a new, calmer kitten, though it will likely be 4-6 months before she has a new kitten ready for us.

This has been hardest on Haven and Dobby. Dobby keeps searching the house for her. Thankfully they are finding comfort in each other. (I took this picture today of Dobby and Haven)

Though Haven was sobbing when we told him she had to go, he now said he feels better knowing that at least she's alive (unlike our loss of Buffy) and will go to a new family that will love her.

You may recall our one cat Ollie had an issue with Winky from day one. When our eldest kitty Yemen died right after Buffy, we found that Yemen's buddy Norbert, in the outdoor enclosure, was very lonely. We moved Ollie to the outdoor enclosure and now he and Norbert are great friends. Even though Winky will be leaving, Ollie will stay with Norbert outside.

We've had a lot of guilt over this, but now we're looking at it from the perspective that it just wasn't a great fit for us or for Winky. We hope Winky finds a family where she can be happier than she was with us.

And perhaps next time we'll refrain from naming a pet after a neurotic house elf. 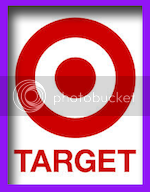