Heard of HDR pictures before? I only have because Marshall likes to take them. They stand for High Dynamic Range. (according to Marshall) They are great for when the light isn't optimum for taking pictures. You take multiple pictures 2-3, each on different exposures and then you put them together for one outstanding photo. Well, I'm never going to go to all that trouble on a real camera. Besides, I only take pictures on my iPhone4. Well now there's an app for it.

I know, I know, the iPhone4 has an HDR option when you are taking pictures. It's okay. And maybe better than nothing in poor lighting situations. But there's an app that does HDR pictures much better. It only costs $1.99.

When you open the app, and start the HDR (auto), you click the screen to begin. Then you need to hold your camera very still while it evaluates the lighting, takes one picture in one exposure and then a second picture in a different exposure. Then it processes them and puts them together for you. You also have the ability to do some adjustment on the exposure after that. It's much easier than it sounds.

Today we were at Point Loma, San Diego and it was a cloudy day with a bit of glare. You know, the kind of day where it's cloudy but you still need your sunglasses on for the glare? Not great for taking pictures, especially with a cell phone camera. But despite the conditions, I think these pics turned out pretty well with this HDR app. 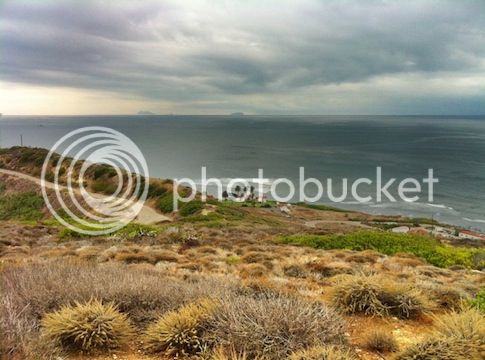 And on a completely different, non-HDR note, the guy in the Visitor Center at Cabrillo National Monument insisted that Haven dress up like a 16th Century Spanish Explorer, chain mail and all...

The guy stated that the chain mail was "too heavy" for the younger kids to try and I guess swords aren't for girls, but Marlie got to try on the helmet. I think it goes nicely with her Little Mermaid hoodie.

Seamus gave us the "I'm a scary Conquistador" face when it was his turn to try the sword and helmet.

I think it's the pirate hoodie that makes it.