Home Away From Home

We are currently on our third vacation to San Diego since January of this year. All five of us love it and keep finding new things to do each visit. This year we did Sea World, Cabrillo National Monument & Lighthouse and watched the new Karate Kid movie in a rikkity old theater in the Gaslight District, where we were the ONLY ONES in the entire theater. (and you could hear the projector very loudly during the whole movie.) Nothing to do but laugh. Marshall was cool as long as sound was coming out of both the right and left speakers, which they were. I can see that it might have been an old grand theater in the 1950's. Or 1850's, but has been neglected for years. Still, it was fun. Tomorrow we do the Old Town Trolley Tour.

Today we visited a place we had not yet visited before, the Cabrillo National Park. It's right next to the Naval Base at the edge of the land, overlooking the ocean. Señor Cabrillo discovered the area in 1542, becoming the first European to set foot on the West Coast of the U.S. He and his fellow Conquistadors claimed the land (sorry natives) and took all the valuables the natives had. (sorry again, natives) So naturally, there is a huge statue of him at the edge of the cliff, in his honor.

There is also the Old Point Loma Lighthouse that was put into service in 1855. The highlight of our trip was standing on the edge of the lookout point, watching the ships come and go from the Naval base. The coolest part was that a submarine was leaving the harbor while a Guided Missle Destroyer was heading in. They blew a whistle at each other when they passed.

Oh, you wanted pictures? I got pictures.

Here is where the submarine meets the destroyer.

Here's a real life 16th century Spanish Conquistador. Captured by my iPhone. He looks good for his age. He wanders around coming up to people and spouting out facts about the history of the place, whether you want to hear it or not. Surprising that he said he didn't get paid to do that. And of course by "surprising", I mean kinda sad and a little creepy. 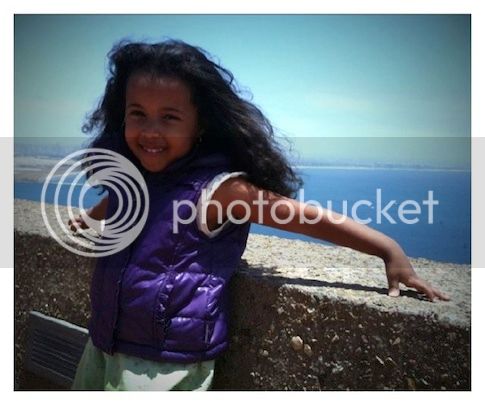 We're so glad we visited a new place in San Diego we'd never been to before. Just all the more reason to get a vacation place down here. Now if only I can find a beautiful, spacious, condo in the Gaslight District where the mortgage is $0.