I was going to save these pics for the Wacky Wednesday before Christmas, but I'm going to share them now. Because they make me smile. And I need something to make me smile. 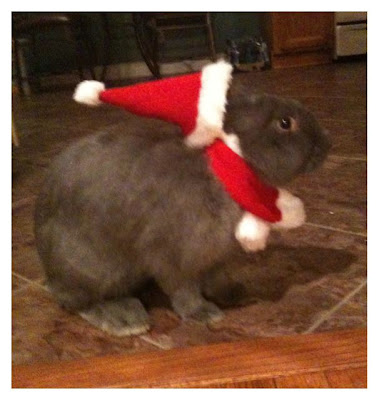 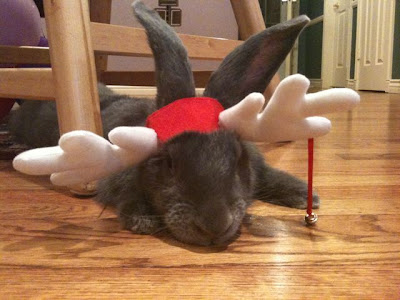 It's safe to say I've had a lot of pets in my life so far and have lost many of them over the years. This was the first time I've had a pet actually die in front of my eyes. And it's one of the hardest pet losses I've ever had.

Marshall told me last night he was proud of me for showing my emotion and crying in front of the kids. I don't think I could've held it in though. I cradled Lucian in my arms for about a half hour after we got home from the vet so I and the kids could pet him one last time. Marshall's parents came over and his father dug the hole in the backyard for us. Sorry L.A. County. We were not about to call Dead Animal Pickup for Lucian. He's illegal-backyard-burial-worthy. When the hole was ready, Marshall took him from my arms and gently placed him in his final resting place. I held Marlie and cried as Marshall filled in the hole gently, with his hands. I don't know that I've even cried in front of the in-laws before, but as he was being buried I cried. I'm talking full-on snotting down my face. I didn't care. And I didn't have a tissue.

Lucian's passing hit all the kids hard. Haven was in bargaining mode. "I'd give up all my toys, give up Xmas, not eat for a week if I could only have Lucian back." "Why did he have to die?"

Marlie started crying immediately when Marshall told her Lucian died. And she cried hard. Pure grief I'd never seen in her. She asked Marshall why the doctor couldn't give him medicine to save him. She knows her Ethiopian parents died because they had no doctor and no medicine.

While Haven and Marlie were the most vocally upset, I noticed that Seamus was just standing by himself, silent. I asked him if he wanted to cuddle with me in the recliner and he did. We stayed that way for an hour. I asked a couple of times if he wanted to get up and he said he wanted to stay with me. So we cuddled. Later in the evening Marshall asked the kids if they wanted to draw pictures of Lucian. While the other kids drew their pictures quickly, Seamus took a long time to finish his, adding lots of detail. It was a picture of Lucian being buried.

After the kids were in bed, I stayed up to decorate the Christmas tree. I knew the kids needed something to lift their spirits.

This morning Marshall took care of the kids so I could stay in bed. He brought me a Starbucks breakfast. He arranged for his parents to take the kids for lunch. Finally at 1pm I forced myself out of bed to take a shower. Afterwards I was still mopey, but at least I smelled good.

Marshall's mom made my favorite cookies and sent them over this morning to cheer me up. 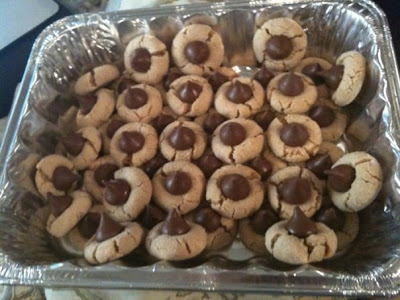 I'm very grateful. And I'm keeping the rest of the family at bay with my slayer scythe so I don't have to share them. In fact, I'm considering going on a cookie mourning diet, where I don't eat anything else until the cookies are gone. Yep. That should help.

The irony about all of this is that we got Lucian to cheer me up from Hagrid being eaten by a coyote. And I'm far more crushed about the loss of Lucian than I was from Hagrid. With their losses and the loss of the bun-buns, 2009 does not appear to be the Year of the Rabbit for me.

Lucian, I will miss you dearly. 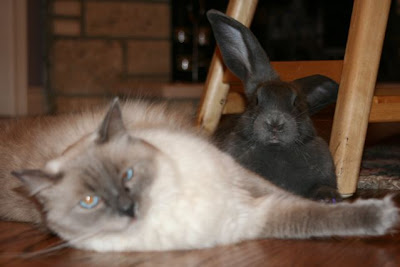 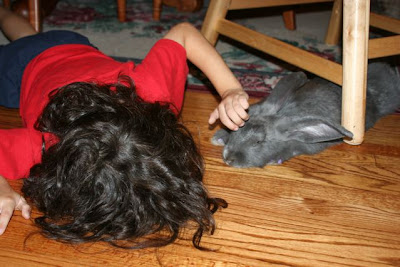 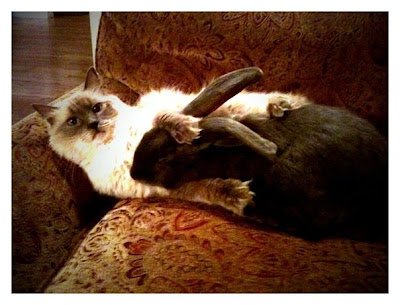 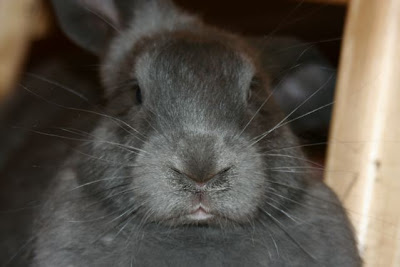