My in-laws are in town right now. My father-in-law (Paw Paw) had decided to get a 22 rifle for Haven, since he's nearing his 10th birthday. Not fair not fair... I had to wait until I was 12 before I got my first rifle.

Anyway, it's an incredibly cool, bolt-action rifle. Paw Paw also wanted to be there the first time Haven shot his new rifle. The two of them and Marshall went this past weekend to an outdoor range and had a great time.

The funniest thing is that Haven doesn't like the smell of gun powder after he shoots. So each time he reloads, he waves his hand in front of his face to get rid of the smell. Silly boy.

Some of my favorite pics from the day: 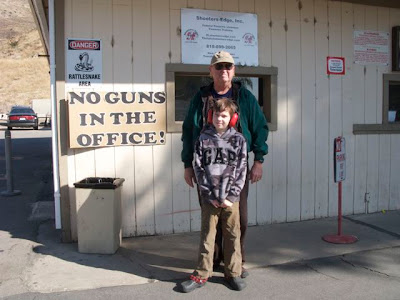 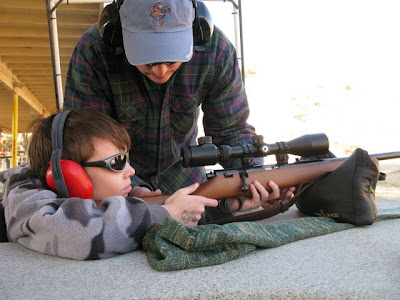 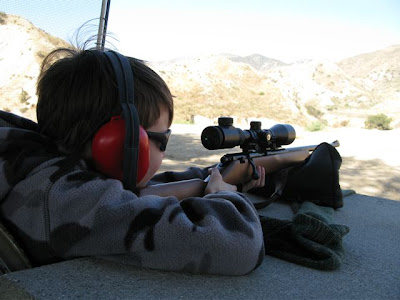 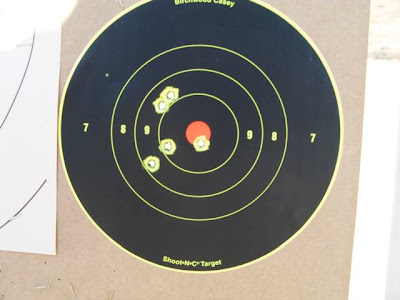 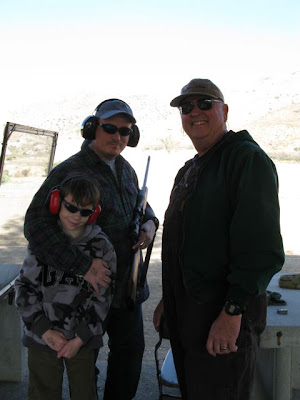 All this talk about guns made me realize how much I've enjoyed guns myself. In fact, my in-laws agreed to get me a handgun (supplemental home security) for Christmas. SCORE!!! We went in and it was the second one I held. It just spoke to me. It was magical. Ok maybe not, but I'm pretending it was. I certainly fell in love with it.

Then they fingerprinted me (to send off to the FBI) and gave me a Handgun Safety 30 question quiz. I passed with flying colors.

Now I just have to endure the cooling off waiting period until I can bring her home. I think I'm going to name her. Isn't she a beauty? 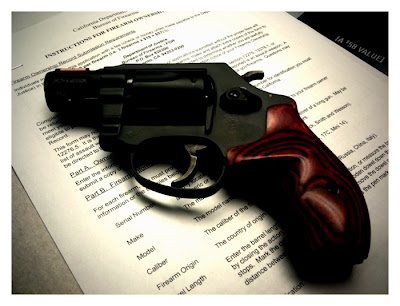 **Disclaimer: If any of you are vehemently opposed to guns, re-read the post above and every time you see the word "gun/rifle", replace it with "fuzzy bunny".

Email ThisBlogThis!Share to TwitterShare to FacebookShare to Pinterest
Labels: extended family, Haven, me