Several of you have asked to see more giant bunny pictures. Well Hagrid is getting a lot of attention these days. When we bought him from the breeder two months ago, he had sore hocks, which are inflammed (and sometimes bleeding) sores on the bottom of his feet. He had originally been a backyard bunny but when his owner (member of the Armed Forces) was deployed overseas, he gave the bunny back to the breeder. She stuck him in a cage until he could be sold again. It's common for medium to giant sized bunnies to develop sore hocks while in cages with wire bottoms. Since his feet weren't used to being in a cage he developed the sore hocks. The breeder hadn't noticed the condition of his feet until we were there picking him up. She had apologized, sprayed them with antiseptic and felt they should heal on their own. She told us if anything happened to him, she'd replace him with another bunny.

Fast forward to this week. His feet STILL had not healed, even though he has been running free in our backyard. I took him to the vet who determined that his infection was now serious and he might possibly need surgery. If the infection has spread to his bones, this will be fatal for him. For now we need to administer antibiotics (cherry flavored) to Hagrid twice a day for several weeks to see if surgery can be avoided.

Hey, did you know it's kinda difficult to administer medication to a giant bunny who doesn't happen to like cherry flavored medicine? Lucky for me, I get to administer the meds several times to become proficient in the art of bunny medicating.

And then there's the teeny tiny detail that while Flemish Giants can tolerate being out in the cold much better than regular rabbits, they cannot tolerate heat as well as regular rabbits. Once temperatures reach 90 degrees, they can overheat and die.

Yesterday it was 95 degrees, so we put Hagrid in the guest bathroom. That will be his new home for now and probably most of the summer. Hopefully he'll learn to use the litterbox soon. So last night we went to Petsmart to stock up on a bunny litterbox (yes they have litterboxes specifically for bunnies) and we got several toys for him. Bunnies LOVE to play and need toys if they are in a cage or confined space to keep them happy. Here's some of the toys we got him. 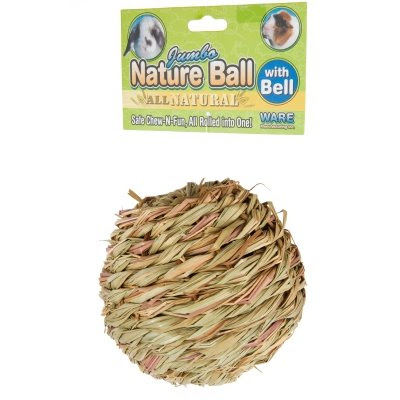 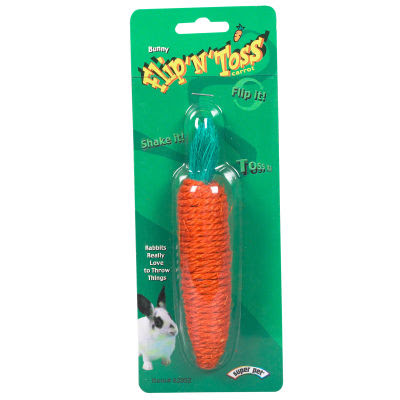 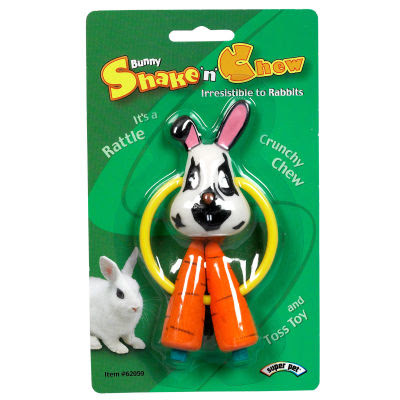 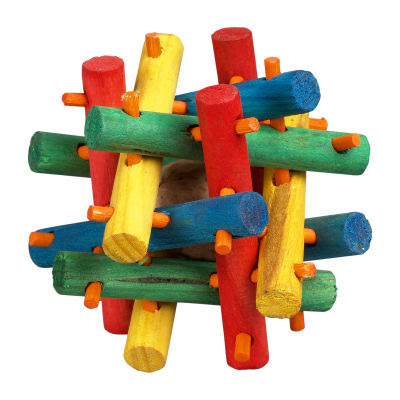 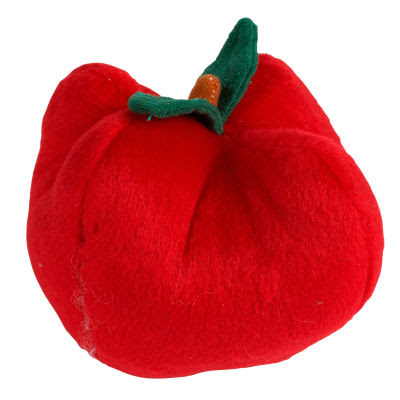 We have a baby gate in the doorway to the guest bathroom to keep him in, so we can keep the door open to provide fresh air and company. And by company, I mean our 5 inside cats that have enjoyed jumping over the gate to hang out with Hagrid. He tolerates them pretty well since he's used to hanging with our outside kitty, and the kitties aren't about to bother him since he's bigger than all of them.

Here are some recent pics of Hagrid in our backyard.

And here he was sniffing Jasper (the pregnant bunny) through a little enclosure. Just to give you an idea of how big he is, compare the size of his head, compared to Jasper's head. Jasper is a full grown dwarf rabbit and Hagrid is not quite full grown.

Flemish Giants are so much fun! He runs up to me when I walk outside so that I will pet him. Then he lays down and closes his eyes while I scratch his head and cheeks and behind his ears. He lets me cradle him in my arms like a baby. Like a BIG, HEAVY baby. He is seriously one awesome rabbit. I'm going to do whatever I can to make him healthy again.

And if it doesn't work, I'm guessing he could provide quite a bit of meat with his size.