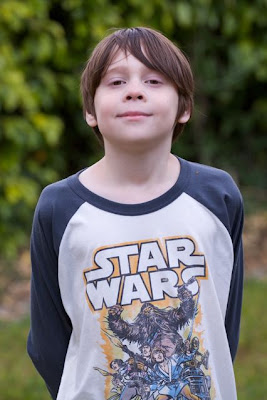 Last week I was driving on the freeway with Haven, Seamus and Marlie. Seamus said, "Mama, Haven called me a Poopy Pants!" So then I proceeded to correct Haven.

Me: "Haven, don't call your brother a Poopy Pants."

Haven: "But I saw it on Garfield. He called someone a Poopy Pants."

Me: "Oh you think just because you saw it on TV, that makes it ok to call someone that?"

Me: "What about Pirates of the Carribean? They shoot each other. Do you think it's ok to shoot your brother just because you see them do it on TV?"