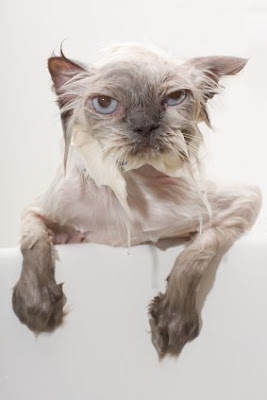 You know, normally I like rain. Except when "rain" is a metaphor for crappy things that happen in life. Then... not so much.

I acted a little more neurotic than usual in response to the car break-in and went two weeks without sleep. I went to see my doctor, who said I have a deficiency in serotonin (stupid genetics) and needed full time medication to deal with all the stress and sleep issues. I started the suggested medication, which has for the most part made me a zombie who wants to sleep on and off all day for the past couple of weeks. I hear the "mood boost" should be kicking in any day now. Still waiting for that to happen. In the meantime Haven has been enjoying an early Spring Break from homeschool. (we'll make up the work later once that mood boost kicks in)

Then, Tuesday evening Marshall got a call from his boss telling him that he is going from "paid employee" to "freelance". For the past 12 years, Marshall has worked for the same company. He's had a deal with his bosses that he gets paid a minimum salary even when he is between movies. That minimum salary has helped us pay the mortgage and put food on the table when there has been no work. But now, there is no work and no prospect of solid work until next September. So his bosses had to make the difficult decision to drop his salary. This is pretty much the equivalent to losing his job with no severance package. Marshall knows his facility has to be in a pretty bad condition to do this, because he is the #1 mixer. They even made a point to tell him he is their #1 mixer and if they had any work at all, it would go to him.

Surprisingly, we can't blame this on the economy. Even in a crappy economy, people still go to movies because they need the escape. This is due to the looming threat of a possible actors' strike that has been feared for quite some time. Studios just haven't been making as many movies due to fear that if the actors strike, they will be stuck in the middle of production with no actors. It's gone on long enough that there are not many movies in post-production right now.

Anyway, literally the minute Marshall got off the phone with his boss, he started making calls. He's called every contact he's made over the years and already sent out his resume to a couple of other studios. Pickings are slim all over the place, but he's talented and well liked in the industry, so we're hoping he gets a new job soon.

If not, I may just have to open a petting zoo or something to help with the bills.

How much do you think people will pay to see a freakishly large bunny?