So you know how sometimes you have this idea... and at the time it SEEMS like a really good idea, but later you end up wishing you had never thought of that?

Remember when I thought it would be so cool to have a bunch of rabbits running loose in the backyard and how fun it would be to look outside the living room window and see bunnies hopping around?

Well we did our preparation, putting barriers under the side gates so the bunnies couldn't dig under and escape. But what I didn't realize at the time... there is no limit to how far down a bunny can dig. Especially our one bunny Crookshanks. She could probably dig all the way to China if she wanted to. Oh don't you go telling me that it's impossible to dig all the way to China. Crookshanks could've done it. You remember Crookshanks, don't you? 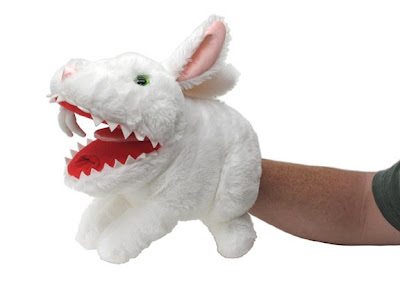 She was the freaky evil bunny we picked up from the shelter. Well, apparently Crookshanks decided to dig herself a tunnel that went all the way under our house, and gave her access to our crawl space. And while she was under our house, she thought it would be SUPER FUN to remove all the insulation she could get her little evil teeth on and drag it back through that hole and scatter it on the side of the house. She chose the side of the house that rarely gets traffic, which is why her little insulation party went unnoticed for so long. By the time we discovered it, we covered up the hole, only to find the hole was re-dug the next day. Busy little evil bunny.

At one point Marshall started hating the bunnies. I still felt some sort of responsibility and affinity for the hoppity-hopping bunnies (except for the one busy little evil bunny). Marshall wanted to take action. I wanted to change the subject.

Marshall: "I'm really not liking the bunnies. Something needs to be done about them."
Me: "Hey, did you know they now make Twilight-Edward Cullen Body Shimmer powder?"

Well, several days ago Haven (whose job it is to feed the bunnies) noticed that he hadn't seen Crookshanks around. I thought to myself, hey, maybe she actually did dig all the way to China and now she can bother her new Chinese family with her evil deeds.

Sometime Saturday I realized there was a faint but funky smell whenever I walked into our bedroom (which happened to be over the crawl space where the insulation was removed from). And then I put 2 & 2 together and said to Marshall... "uh, I think I know where Crookshanks is". He said he also had smelled that faint but funky smell in the bedroom and he thought I might be right. So I did what any normal person would do... I placed a bunch of Yankee Candle potpourri around the bedroom to cover the smell so we could sleep in peace.

Sunday afternoon Marshall put on his grungy work clothes to prepare for going under the house, cause ewwww... it's gross down there, even without a potentially decomposing evil bunny.

"Had to bury one of our bunnies. Actually the bunny kinda buried herself and I just filled it in. It's a long story."

And I would feel sorry for the bunny except 1. she shouldn't have dug a hole she couldn't get out of, and 2. she was evil.

Apparently the bunny can't even rely on Haven for sympathy. Yesterday he said to me, "Crookshanks made a grave mistake, digging that hole... get it? GRAVE mistake? Hee hee".

So that leaves us with three remaining bunnies. Luna Lovegood is still in the cage because she doesn't play well with others and if we let her loose it would be a hoppity-hop fight to the death between her and Spike. Spike and Hedwig remain free in the backyard. For now.

Marshall is totally over having backyard bunnies. So Spike and Hedwig... your time running free in the backyard has come to an end. You have two choices.

You can choose this: 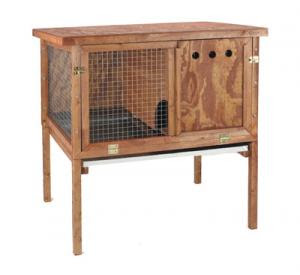 or you can choose this: 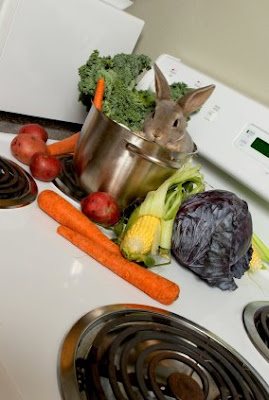