The Faces Of Open Adoption 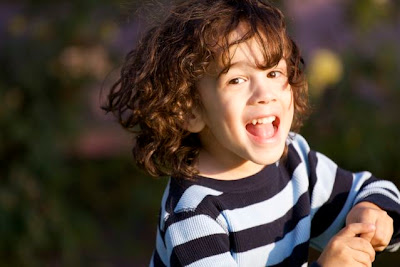 After we endured seven miscarriages in our attempt to have a second child, we turned to adoption. At our first meeting with the adoption agency we learned that most U.S. adoptions these days are considered "open adoptions" which means, roughly, that the birthmother and the adoptive parents have met in person. The degree of openness can range from a one-time meeting to on-going contact, which is often agreed upon by the adoptive parents and the birthmother. To many people, "Open Adoption" sounds like a scary concept. To us, it sounded scary too.

We attended a seminar at the agency on Open Adoption. We listened to one family's story of how they met and bonded with their child's birthmother and how that relationship blossomed over time. After the seminar, I could picture myself in their shoes. Open Adoption didn't seem so scary anymore.

I made a twenty-four page scrapbook of our lives, to be shown to potential birthmothers at the adoption agency. And we waited. More than a year passed before we got a call from the agency. They said a girl had chosen us to be the parents of her unborn baby. Her name was Alexa and she wanted to meet us.

We met her at the adoption agency, and her Social Worker interviewed us with a list of questions that would help Alexa get to know us better and decide if she still wanted us to parent her child. We felt such an immediate connection to her during that meeting. After we left we got a call from her Social Worker. Alexa had felt a connection to us too. 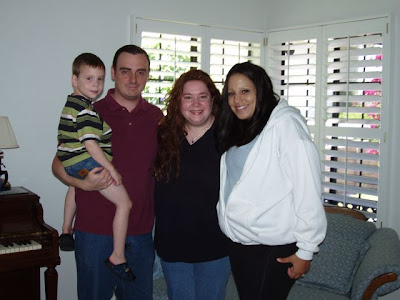 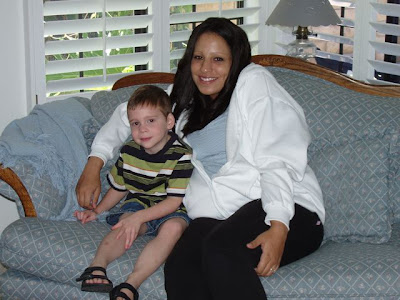 During Alexa's last trimester we got together with her frequently. We enjoyed getting to know her better. She and I exchanged screennames and began to Instant Message and email each other. That is how we became really close. And it was no longer just about a baby. It was about Alexa too. And we became friends. And I started to love her.

I could no longer picture saying goodbye to her after the baby's birth. How could I get to know and love this person, who was giving us the greatest gift one person can give another... only to turn around and say, "Thank you. Have a nice life. I'll send you pictures."? We knew we wanted her to continue to be a part of our lives. For the baby. For her. For us.

With her due date around the corner, she invited us to attend the birth. Days before she was scheduled to be induced, I contracted Chicken Pox. Marshall had to attend the birth without me. He cut the cord, took video and pictures, and spent time with the baby on his first day of life. We picked the name, "Seamus" which Alexa really liked. While she had the option of picking her own name for him to go on his original birth certificate, she wrote the name we had chosen.

The next day Marshall stayed home so Alexa could have the entire day alone with Seamus. We returned to the hospital the day they were scheduled to be discharged. Due to my Chicken Pox, I was not allowed in the maternity ward. Rather than having the baby handed over to us in the parking lot of the hospital, we took Alexa with us and brought her home. We had lunch with her and spent a few hours with her at her house. We needed that time and I think she did too. I changed Seamus out of his hospital outfit, blanket and bracelet and gave those to Alexa.

When it was time to leave, Alexa walked us to our car and we strapped Seamus into his carseat. She and I held each other and cried. Leaving Alexa and driving away with Seamus was one of the hardest things we ever had to do. Still, it was nothing compared to what Alexa had to go through.

Three weeks later we got together with Alexa at the adoption agency. It was good to see her again, but if felt so formal seeing her at the adoption agency, in the presence of her Social Worker. Since that time, we've continued to get together with Alexa every few months at our home. She attended the final adoption hearing, so she could sit with us and be there for Seamus. She attended his baptism. We attended her graduation. We adopted once more and Alexa came to my baby shower.

The thing is, she is a part of our family now. She is related to our son, so she is related to us. We thank God for Alexa and how He chose to send us Seamus through her. We wouldn't have it any other way. Seamus will never have to wonder if Alexa loves him. He knows she does. And he loves her too. At age 4 and 1/2, he's just starting to realize that while we all love "Miss Alexa", he has an extra special bond with her. He knows he was born to her, just like his big brother was born to me.

Marshall created this video as a celebration of Alexa, of Seamus, and of our story. With Alexa's permission, I am sharing it with you.

These are the faces of Open Adoption.