Are You Smarter Than A Two Year Old? 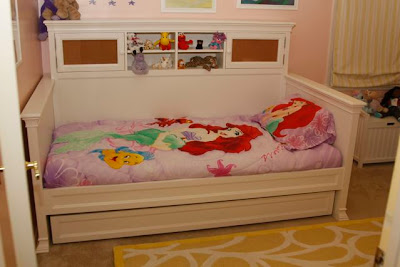 Remember this big girl bed we just transitioned Marlie to? Well there has been a few complications. First off, she kept pulling out the shelves. They're kind of heavy and could probably hurt her if they fell on her. Telling her not to touch them wasn't working. Eventually I had the idea (uh, thanks Mom) to use earthquake putty to attach them to the brackets holding them up. Shelf-complication solved. (what, doesn't everyone have earthquake putty?)

What to do... what to do... First I thought of a straight jacket. But hey... that's just not right. Cause I'm pretty sure they don't make them small enough to fit her. Then I thought of duct taping the doors shut. Duct tape solves a lot of problems. It helped solve the diaper diving/finger-painting-with-poo problem. Though duct tape is not so aesthetically pleasing. Unless of course you have purple duct tape like I do. You all know I have purple duct tape, right? Cause you should.

Finally, Marshall had a brainstorm. REMOVE THE KNOBS. And that is what he did. 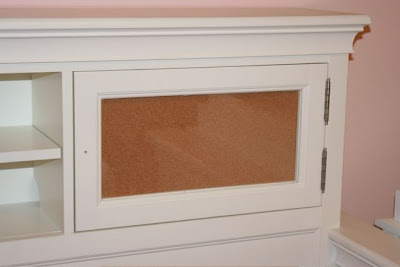 The morning after, Marlie proudly said, "Daddy! I didn't open the doors!!!". And Marshall, (with a smirk on his face) replied, "Yes I know you didn't."

And that's because we're smarter than a 2 year old. Though after she turns 3... all bets are off.

Email ThisBlogThis!Share to TwitterShare to FacebookShare to Pinterest
Labels: Marlie