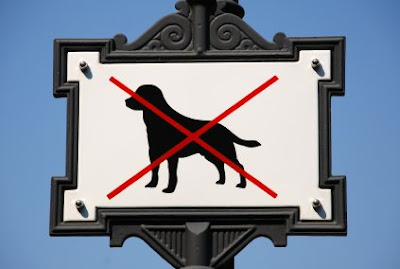 I realize during this very important election, I've been silent about certain issues. And honestly, I haven't wanted to alienate anyone who might disagree and cause further division. But here I am. I can't be silent any longer. It is vitally important that I speak my mind. Especially now. I'm about to put myself out there. Here I go...

I'm very sorry to say this to all you dog people. I know there are a lot of you out there. And I really, really like some of you very much. Some of you I even love. I just don't love your dogs. Ok, ok... I'll admit there are some pictures you guys post of your dogs and I think to myself... hey, they're pretty cute. In the pictures. But I don't want to touch your dogs. Or smell them. Cause you know they've got that smell. All dogs have that smell. And if you touch them for a second to be polite... your gonna have that dog smell on your hand. Come on. All you non-dog people know what I'm talking about.

Please don't be hating on me dog people. You may not dig my hairless cat or my snakes. I'm ok with that. We can get past this. I know we can. Because we're bigger than this. We can look past our differences and be united in love as members of the human race. Are ya with me?

Why am I talking about this? Because I'm about to go postal on my neighbor's dog. You know... the one I asked so nicely to try to keep his dog quiet during sleeping hours? You remember. Our conversation went like this...

Me: “Hello, I live one street down from you. Do you have a new dog?”

Me: “Well, you see, your dog has been barking every night and has been waking up everyone in our family, even our children.”

Me: “And, uh, we were wondering if there is something you could do to... (interrupted at this point by Hostile Armenian dude)

Hostile Armenian Dude: “I GET YOUR POINT. ENOUGH!”

And so I made an official complaint with the city this summer. And he had 15 days to comply and start keeping his dog quiet. So you know what he did?

He started BEATING THE DOG. Yep. All because of me. I actually didn't witness the beating. One of my neighbors... you know, the devout muslims who used to own a rooster and asked me twice to homeschool their son before they opened an illegal day care in their home... well they witnessed the worst of the beating. They heard the guy yelling that a neighbor had complained about the noise, as he was beating the dog with a stick. And unfortunately, my neighbors don't want to get involved. If I had been the one to witness it, I would have surely called Animal Cops on him. Oh yes I did call the city when I learned of the beating, but since I didn't witness it, they couldn't do anything about it. Several times since then, I've heard the dog yelping. But still I haven't witnessed any beating. (probably because of the 7 feet of cinder block wall between his yard and mine)

So now what? He didn't comply with the city orders to keep his dog quiet. But it's up to me to make an official complaint again. And with my second complaint comes a mandatory meeting between myself and that neighbor, in front of a city mediator. If we can't reach some sort of mutual agreement, then the city sends us to court to settle this.

And you can probably see why I might be slightly hesitant to pursue this with Hostile Armenian Dude. And I kind of feel sorry for the dog now. Except when he wakes me with his barking. Every single night. I'm not feeling so sorry for him then.