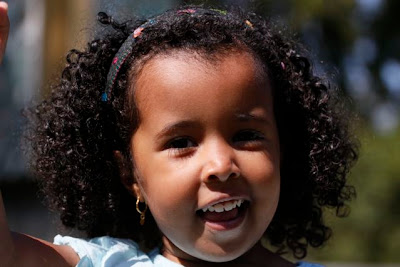 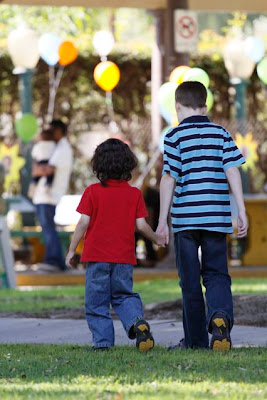 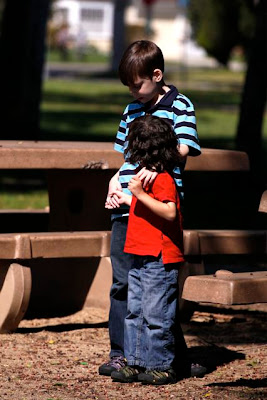 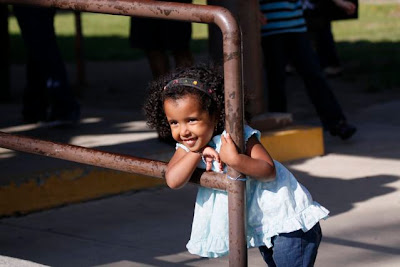 So we went to a fabulous shower on Sunday after church, celebrating Chris and Heather's new baby girl. I also got the pleasure to hang out with my blogging buddies Angie, Carey and Julie. Above are a couple of my favorite pics of our kids that Marshall took at the shower.

This was the first time I was unveiling the purple hair streak to this crowd. So I was rockin' the purple. I wore two layered purple shirts and of course brought my new purple purse. Why not?

But someone at the shower decided to question my purple obsession. She's on to me. She obviously realizes this is way beyond the normal level. And she was curious about it. Let's call her "Lady Who Knows I'm Over The Edge" or "LWKIOTE" for short.

LWKIOTE: "Have you always loved purple or is this something you developed in your adulthood?"

Me: "Uh, I used to like green as a child, but switched to purple after college."

LWKIOTE: "Oh, so you've always had a color fetish then?"

Me: "Hmm... I suppose so. Never really thought about it like that before."

LWKIOTE: "Well, I guess it's fine as long as it's not hurting anyone else."

Me: "Well, I'm not sure about that. You'll have to check on my kids in a few years and see if they need therapy because they grew up in a purple house."

She told me, "Well, I suppose it's fine if it's not hurting anyone." again later and I had to wonder if she really did think my purple obsession was harmful. Again, you'll have to check with my kids in a few years for the answer.

And I know this purple thing is out of control. And it's not my fault. Really. First and foremost... it's Marshall's fault for allowing me to have our house painted purple. That is the first event that set things spiraling out of control. My love for purple was now on display for the entire world our neighborhood to see.

And then in February, Carey announced the first annual Blog Union (a weekend of activities for all of us brought together through Ethiopian Adoption blogging). Lots of planning and organizing had to be done before the August 1st kickoff for the BU '08. Carey started an online group for everyone planning to attend. And there were a few blogging Julie's connected to Ethiopian Adoption. So Carey listed me as "Julie (in the purple house)". I thought it was hilarious and so began my new identity. By the time we actually attended the Blog Union, people were coming up to me and saying, "Are you 'Julie in the purple house'?"

Then in August I made some major blog changes. I turned on comments, I moved my blog from Mac to Blogger, and I got a blog makeover from the fabulous Darcy at Graphically Designing.

I told Darcy... Hey I obviously love purple, but the whole thing doesn't have to be purple... lately I've been associated with my purple house, but we don't have to use a picture of it in the header. And Darcy went hog wild, giving me this awesome, purplicious blog.

So you see? It's not my fault at all. It's Marshall's and Carey's and Darcy's fault. They started it. But I'm running with it... No one can stop me now.