Dying For A Good Birthday Gift 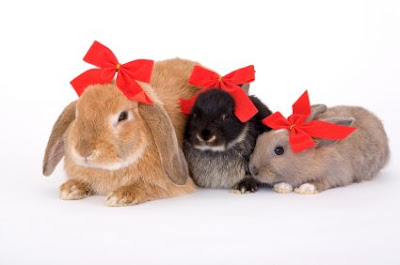 Hey, so today's my birthday. I'm 34 now. But honestly, I was perfectly happy being 33 and I see no reason why I should need to change that. Apparently it's not up to me, so there you go. I found THREE gray hairs on my head this morning. Thought you guys would like to know. First time I've seen so many at once. Of course I plucked them out as quickly as I could, so I can go on pretending I don't have gray hair yet.

You wondering about the bunny situation? You know, how my brother and sister went together to get me a bunny for my birthday... and we got a cute white rabbit named Draco Malfoy, who was supposed to be neutered and was NOT, and tried to fight my sweet bunny Spike to the death, forcing me to risk my life to separate them.... and how I was going to return that bunny Draco Malfoy to the animal shelter and exchange him for a female, that would most likely get along with Spike better. (that was the abridged version)

So we took Draco Malfoy back to the animal shelter...

Shelter Man: "Oh yeah, no problem we'll take him back and you can pick out another bunny. I'll just need you to initial here and sign here, stating that you are aware that this bunny will be euthanized if no one adopts him, which seems pretty likely given that he was so aggressive."

Oh yeah... Happy Birthday to me... Fuzzy wuzzy bunny Draco is going to the gas chamber because I wanted to return my birthday gift. So I did what I thought was best... I marched right over to the bunny room and picked out a new bunny. Meet Luna Lovegood. And no, you can't call her Looney. 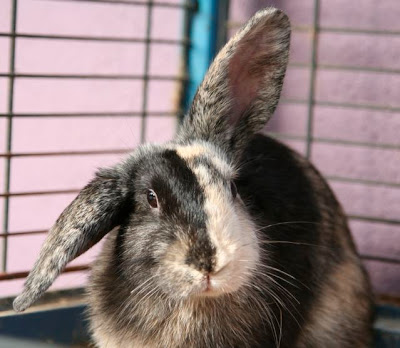 You know why I picked her, right? I mean, come on. Look at those ears! (yes they're always like that) She was spayed yesterday, so she will spend a couple of weeks away from the other bunnies, in the cage while she recuperates. After her sutures are removed, we will introduce her to Spike and his girls, and Fang, the outsider. Like sands through the hourglass Like pellets in the grass, so are the hops of our lives.