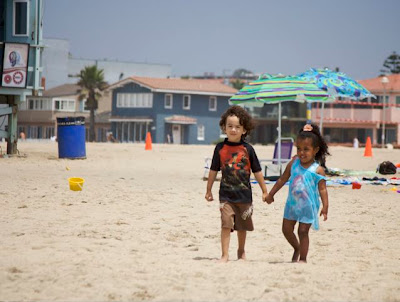 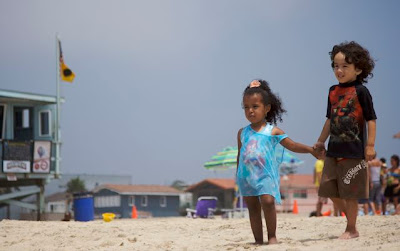 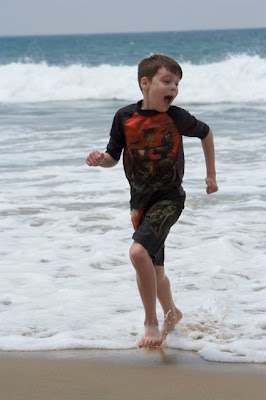 Well we survived the beach day. A couple of applications of 70 SPF to the three fairest members of our family kept the sun at bay for our 4 hour beach event. The darker two members survived with just one 70 SPF application.

It was really fun to meet several people who's blogs I've been following for a long time. It's like meeting celebrities, when you know the names and faces of people you've never met before. My only regret is that I didn't get to hang out and chat more with them. I'm understanding a little more why some people had their nannies come along. It's hard to have much conversation when you're trying to keep an eye on your three kids. Especially when they keep bugging you for things like "water" and "food" and all those other unreasonable requests that make it so inconvenient to chat with friends. I'm kind of wishing we had been able to attend Friday night, Saturday night and Sunday morning activities of the Blog Union. Though we were "local", we were just far enough away where it would've been hard to attend all of those events.

The kids had a blast at the beach, despite our best efforts to brainwash them to hate the beach like we do. Perhaps I'll like the beach a little more once they are old enough to clean the sand out of their own orifices. I'm still finding sand days later.

Marshall preferred to hang with the kids instead of being photographer guy, so he only got a handful of pictures. No complaints here... the ones he did get are great, and the kids enjoyed the extra time with him.

It just warms my heart how often Seamus and Marlie are holding hands when we are out. It reminds me of the 2 year old Seamus who was VERY upset at the addition of his baby sister, which booted him out of the baby role. He had a very difficult adjustment, but now look at them! At just 17 months apart in age, they are my virtual twins and enjoy each other so much. Seamus tells Marlie several times a day that he loves her very much. And then of course he gets offended if she doesn't return the sentiment immediately.

Haven chose to play in the water, despite the fact that it was Shark Week. And being the ever supportive mother that I was, I couldn't resist pointing out that hungry sharks were probably swimming all around him in the water. Yeah, I know. I've already started their therapy fund, that they will most likely need when they are older.

*Update* I have since gotten my grubby hands on a few pictures that other people have taken of the Blog Union. My good friend Heather emailed me some pictures she took of our family. You can see her in the pictures with Marlie... helping a tired and cranky toddler turn a frown upside down... and I, uh, borrowed a few pictures from the fabulous slideshow the Blog Union hosts (Thanks Drew and Carey!) have on their blog. If you want to view the entire slideshow, click here. 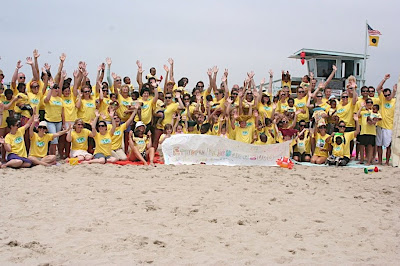 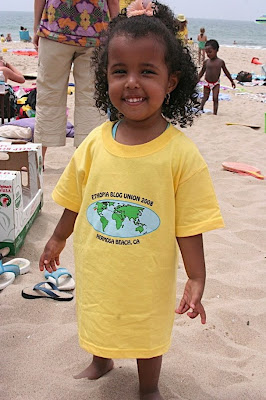 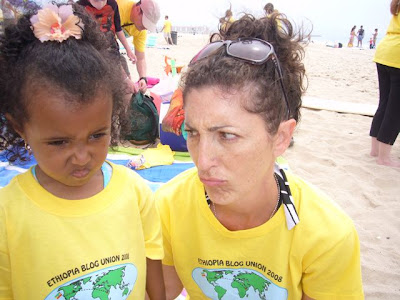 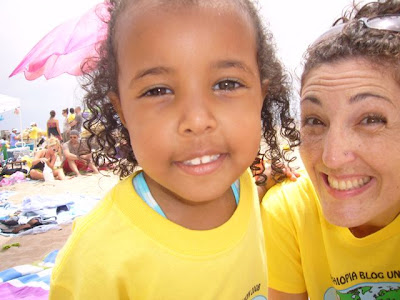 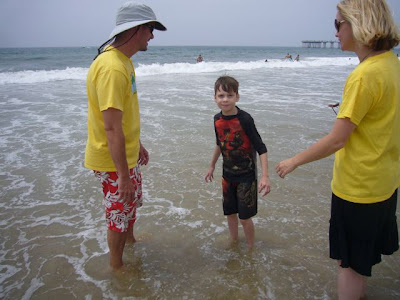 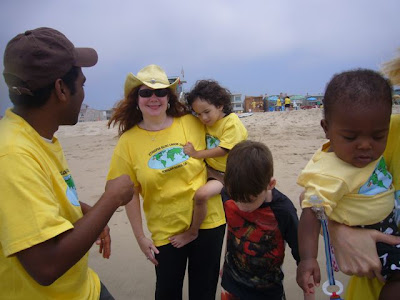 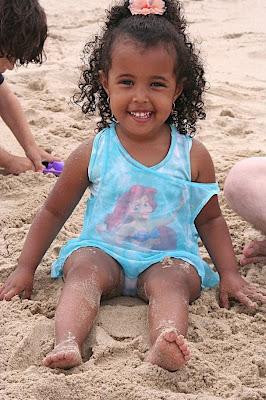 Email ThisBlogThis!Share to TwitterShare to FacebookShare to Pinterest
Labels: adoption, blog, fun things to do, motherhood