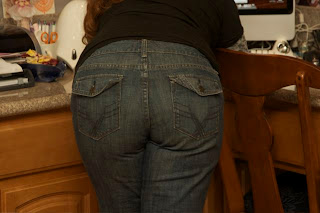 I’m giving you all a break from the wacky photos of yesteryear, and instead am showing you a current photo, taken by Marshall last Saturday. That is indeed my tush, in case you happened to notice the small bit of red hair included in the picture. I was bending over to quickly check email on my computer. And I had no idea at the time I was being so artistically photographed.

This picture is the current desktop wallpaper on Marshall’s computer. Lovely, huh? I’m used to it. It’s not the first time he’s taken pictures of this angle, and it’s not the first time my butt has graced the desktop of his computer. No, it is a common occurrence when I import the pictures off of our camera, to find a couple of butt shots among the pictures. In fact, I’ve even blogged about this phenomenon before. It’s not really my most flattering angle, but like I said before, at least it’s my butt and not someone else’s that Marshall is documenting.

I’ll leave you all with a sampling of the butt shots Marshall has taken of me over the years. 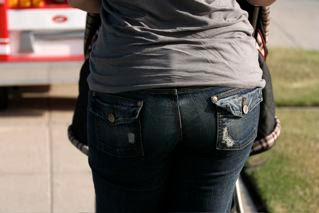 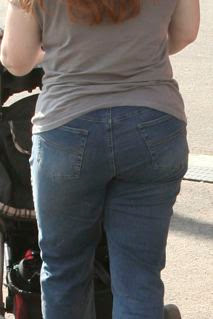 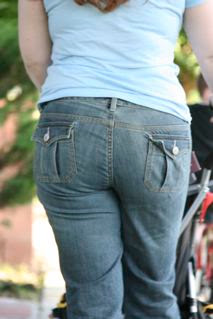 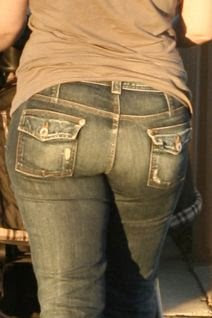