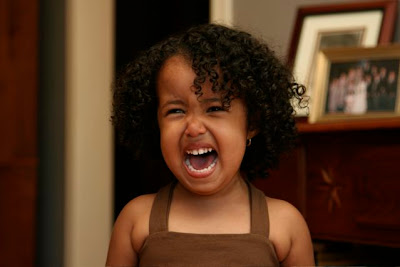 We had a rough patch a while back when our neighbors thought a rooster would make a good backyard pet. Thankfully, they listened to our pleas for uninterrupted sleep and got rid of the rooster. Yay for our Pakistani neighbors! They rock!

But somewhere in the neighborhood, someone recently got a dog. A big dog with a big booming bark. And this dog likes to bark continuously ALL DAY and several times throughout the night. In fact, he’s barking right now. Well, he really doesn’t stop barking during the day. It’s annoying, but it’s not what has gotten my panties in a bunch. Yeah, sorry for that visual. It’s when the barking keeps me from falling asleep at night, and then wakes me repeatedly once I do fall asleep. It’s when my husband starts complaining about being woken up. It’s when my kids say the dog keeps waking them up throughout the night, every night.

I’m not an unreasonable person. Well, maybe I am, but not about this. We have plenty of people in our neighborhood with dogs. We can handle the occasional barking. Our own cat sometimes wakes us up when he gets in a screaming match with a neighborhood cat.
But when someone’s animal starts waking us up repeatedly throughout the night, every night of the week, week after week.... I gotta take action.

So today the kids and I are going on a mission. We’re not sure what house belongs to the dog. I think it’s one street over. I’ll bring a note with me, in case the neighbors aren’t home. And I’ll bring a pen and paper in order to jot down the address of the offending party.

And in my note, I’ll threaten to call Animal Control encourage the dog owners to find a way to keep the dog quiet during nighttime hours. Oh, and in case you’re wondering... yes the dog is STILL barking. I wonder what he’d do if I started barking back.

Update: We stopped by our Pakistani neighbors, who confirmed the offending dog belongs to the house whose backyard backs up to theirs. The wife said a nice old Armenian woman lives there. Apparently she forgot to mention that the nice, really old Armenian woman has a very hostile adult son who lives with her. When we got to their house, we saw they had a shiny new “BEWARE OF DOG” sign on their side gate, but they should have had a “BEWARE OF OWNER” sign on their front door. This hostile son, who I’m guessing is in his 60’s answered the door. Let’s call him “Hostile Armenian Dude”.

Me: “Hello, I live one street down from you. Do you have a new dog?”

Me: “Well, you see, your dog has been barking every night and has been waking up everyone in our family, even our children.”

Me: “And, uh, we were wondering if there is something you could do to... (interrupted at this point by the hostile Armenian dude)

Hostile Armenian Dude: “I GET YOUR POINT. ENOUGH!”

Now I had the paper and pen with me to jot down their address, but something tells me if I had started writing down their address right then, Angry Armenian Dude would have run out of the house and cursed me out in Armenian. So me and the kids just kept walking.

That’s Ok, Mr. Armenian Dude. I know where you live. I can easily go back and get your address later. You see, me and the Animal Control operator are tight. We bonded over chickens. And you’ll be hearing from them real soon if your doggy doesn’t go nite nite when I do.
at 11:13 AM