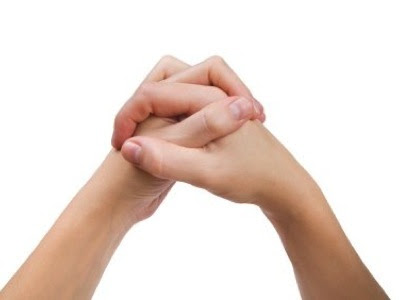 Haven and I were thisclose to talking Daddy into letting us get a snake. Let me back up a little....

First off, we have a huge 35 gallon fish tank on top of an attached storage cabinet. The entire unit is 30 inches wide and 50 inches tall. It’s pretty substantial and it faces the front door, giving our visitors a nice view when they walk in. We’ve had this tank for four years now, since March 2004. I remember, because we arrived home and lugged it in the house and then checked our phone messages. There was a message from the adoption agency, asking us to call them back right away. I called back, only to find out that a girl had chosen us to parent her baby. We’re talking... life-changing event here. And that day started our journey with Alexa which led to the arrival of our son Seamus, who we are eternally grateful for. So you see... I remember very clearly the day we got that fish tank.

Fast forward a few years. Our fish tank had been successfully turned into a “pirate” tank, set with Blackbeard’s sunken ship, a skeleton pirate and even ghost fish and sharks. Well, this past November, the fluorescent bulbs went out. And replacing them proved to be a nightmare since we had some obscure foreign brand of tank. We ended up having to go through the store where we bought it... and they had to go to the dealer, who ended up taking three months to get replacement bulbs. We were so excited... got home with the new bulbs... and they didn’t work. We figured the entire light box must be broken. And we know from past experience, that the cost of replacing the top part is almost the price of a brand new tank.

Slowly, over the last month, we have resigned ourselves to the fact that we either need to get a new tank, or get some piece of decorative furniture to replace it. Since I was the one who was in charge of tank care, I’m in favor of moving on to something else. Of course on that suggestion, Haven repeatedly asks, “What are we going to do with the fish???” He probably asks repeatedly because I haven’t yet answered his question. Uh, feed them to the cats??? Hey, that’s not nice. One of our cats is allergic to fish and he might break out into a rash. Hmmm.... maybe the freezer? I hear it’s a humane way to euthanize. Just ask the mealworms. Uh, I mean, I read that somewhere. Don’t judge me. I’m feeling slightly guilty about the fish thing. But not “shelling- out-serious-money-to-replace-their-tank” guilty.

Anyway... back to the issue at hand... ah, yes. The snake. Well, Marshall had the day off, so we decided to run errands. And since we have three cats and two bunnies, a run to Petco was warranted. And like always, we received requests from the kids.... “We wanna see the reptiles! We wanna see the reptiles”. So we obliged and wouldn’t you know... they had the cutestlittlebaby corn snake. And he was bright orange (Haven’s favorite color). And in our family, favorite colors are a BIG deal. Purchasing an item solely because it is one of our favorite colors, is not unheard of in this family. And I mentioned to Marshall that we might get a reptile habitat and decorative stand to replace the fish tank. I was highly surprised to see a glimmer of consideration in his eyes. He was thinking about it. When we got to the check-out, I asked the lady about that baby corn snake. I asked her what they feed him, since he’s so tiny right now. And she replied, “pinkies”. I’m thinking that’s a nickname for something because I seriously hoped she was not feeding him little fingers. And I was right. Apparently “pinkies” is the oh-so-cute nickname for dead, newborn mice (which come frozen). She explained that it’s much safer for the snake, so they won’t get scratched by the mouse fighting for its life, and it’s much more humane because you don’t have to kill the mouse. Uh, this might be a stupid question but, aren’t they dead because someone killed them? She then went into the procedure for thawing them (with hot water) and then you pat them dry and make them as “life-like” as possible before feeding them to your snake. That sounds like a party. Time to defrost the pinkies! Run pinkie run! Oh, the snake got you. I must say the whole idea of the “pinkies” pretty much made up Marshall’s mind about the snake proposal.

Why did I have to ask the lady about his feeding habits? I was SO CLOSE.
at 11:56 PM