Things That Make You Go: Hmmmmm.... 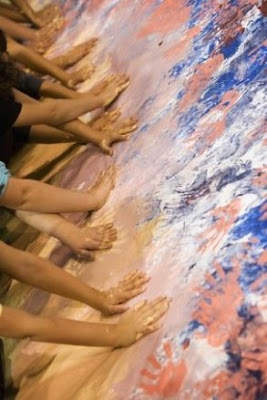 Our neighbors are at it again. You know, our next door neighbors from Pakistan... The ones who decided I should homeschool their troubled, younger son before they even asked me if I would do it? The ones who figured a yard full of chickens (including a rooster) would be a good replacement for their cat that got hit by a car... The ones who we were totally scared of complaining directly to for the longest time and instead would daydream of offing their chickens at night in pursuit of a good night’s rest... The ones who we finally broke down and complained to, who ended up being very nice and accommodating and got rid of their rooster when they heard we hadn’t been able to sleep in weeks?

Well, they’re at it again. Either they all of the sudden adopted 10 toddlers, or they are running an unlicensed daycare out of their home. The steady stream of cars in and out of their driveway in the morning and again in the evening suggests it’s probably the latter.

Their other neighbor showed up at my door the other day to complain and ask if I was as bothered by the new kid noise as she was. Which, incidentally, she is the very same neighbor who wasn’t bothered by the chickens when I came to their door looking for support. Well, honestly, I haven’t heard the kid noise much. And as the kids are not cockadoodle-doo-ing throughout the night, I must say I’m not nearly as bothered by the illegally run daycare as I was by the rooster.

And truth be told... they might be running an unlicensed daycare at their house... but homeschooling within the state of California isn’t necessarily above the law right now either.
In other words... I won’t tell on them, if they don’t tell on me.

Hey, we’ve got our very own “don’t ask, don’t tell” policy in our suburban Los Angeles neighborhood. Except it doesn’t involve being in the military or being gay.

Unless you’re talking about our neighbors across the street. But they’re not in the military.
at 12:18 AM