The Luck of the Not-So-Irish 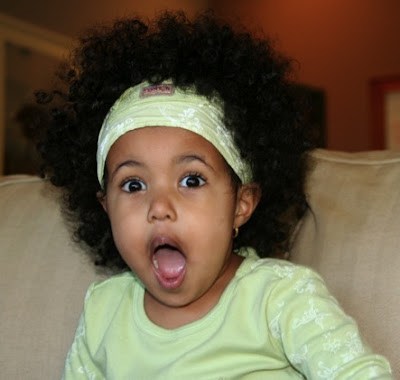 Happy St. Patrick’s Day everyone... to all of you Irish and non-Irish alike. I love St. Patrick’s Day. Everyone gets to dress in green to avoid getting pinched. To go even further, I put in my green contacts today. I’m representing. How many of YOU put in green contacts just to celebrate St. Patrick’s Day? Just me, huh? Actually, I’m not so Irish myself. I’m more of a wannabe. I mean, to be technical, my Great-Grandfather was half-Irish, passing along the red haired gene, which trickled down to me. But having given my oldest son an Irish middle name and my younger son an Irish first AND middle name... I’d say that makes me a more or less honorary member of the Irish clan.

All of this is to say that when our dear friend Angie asked the readers of her blog to choose a date of when we thought they would get their referral, and guess whether they would get a girl or a boy... I said they would get a referral for a boy on St. Patrick’s Day.

And you know what? THEY DID!!! Angie called me today to tell me that ding, ding, ding... I’m the winner!!! Well, actually they’re the winners, because they are now the parents of a beautiful baby boy. Did I say he was beautiful? Because he is! He’s just perfect. Nearly made my green eye shadow run from tears of joy when I saw his pictures. Because of Ethiopian laws of not posting referral pictures on the internet, unfortunately, you can’t see what he looks like yet... For now you’ll just have to take my word for it that he is BEAUTIFUL. He’s just 3 and 1/2 months old right now.

Hopefully sometime soon they will pick a name for their beautiful baby boy. Cause ya know... I need to know what to call him before the wedding. (with Marlie) cough. cough. I always thought arranged marriages got a bad rap anyway. Sorry, people, he’s taken. I called dibs. I know Marlie is older than “beautiful baby boy”, but Angie and I both went for the younger men when we chose our husbands. Ya know... gotta try to even up the life expectancy. Awwww yeah... younger men are where it’s at.

Anyway, why don’t you hop on over to Angie’s blog and give her some love and congratulations. Now she’s gonna have to change the title on her blog to “formerly Almost Mom”.

*UPDATE* His name is Noah Arone. (Arone is his Ethiopian name) And Noah is a pretty cool dude to be named after. After all, he did save the entire human race from extinction by flood. Noah and Marlie... a nice ring to it, don’t ya think?