The Art of Flaking 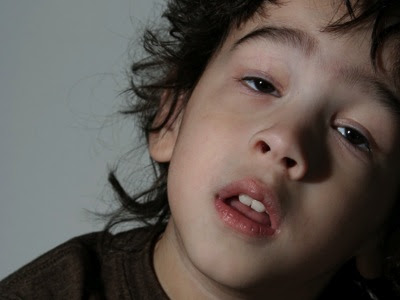 We have a local Ethiopian adoption group that includes families from Santa Barbara to San Diego and everywhere in between. We communicate, ask questions and offer support to each other through our Yahoo group and plan regular potlucks so we can get together in person and all of our beautiful children can run around together. We’ve been doing potlucks for a while now and we personally have met a lot of wonderful people. Even if it means giving up our day to drive 2 hours each way, we do it for the fellowship. To date, all of the potlucks have been south of LA. For the March potluck, someone in LA agreed to host the potluck, saying she had a large backyard. So the Evite went out Feb. 2nd. And lots of people were excited about it. Sixty-three people had RSVP’d they were coming, with each person bringing a dish to share.

Saturday morning we got the kids ready, got the large amount of cookies we were bringing packed, got our directions, put our shoes on and were headed out the door. I walked back to check my email once more and was shocked to see that the potluck host (let’s call her “Miss McFlakey”) posted a message in our Yahoo group 25 minutes before the potluck was scheduled to start and said, “It is raining here so I have to cancel the potluck.”

Oh, and about the Yahoo group messages... most of the people in our group do not receive each post in their email inbox. Most people either read the messages at the Yahoo website or they get a daily digest email every evening that has all the messages from that day. Which means, of the 63 people who were coming to the potluck, we were the ONLY family who got the notice of cancellation before we left the house.

And what about those families who were traveling from as far away as San Diego, driving over 2 hours with 3-5 young kids in the car, only to arrive at the potluck destination? They were greeted to a closed and locked security gate surrounding an empty house, with a small, handwritten note on the gate saying the potluck was cancelled.

That’s finesse right there. That’s gutsy. That’s a whole lot of other things that I don’t care to mention in my blog.

You can imagine the feelings of the people who had to turn around and make a long drive home through the traffic, with cranky, tired kids, with large platters of food that would now go to waste.

Once the families arrived home that evening, they signed onto our Yahoo group and saw the cancellation post. Some of the families (while still being kind and respectful) expressed their frustration at being stood up and pointed out that it was indeed NOT raining. They know. They were there.

To rub a bit of salt in the wounds of all the families involved, Miss McFlakey responded, with a long list of reasons why she could not host the potluck. None of which were her fault, of course.

My favorite reasons she gave are:
1. she never agreed to host that many people in the first place
2. she’s a single mom of 2 young kids with respiratory problems
3. she has never met any of us before and has had several items stolen when she has hosted potlucks from other groups.

Oh right. So that’s why she lied about the rain and fled her house before everyone arrived. Yes, yes. That explains it perfectly. Shame on us for forcing her to host a potluck in the first place. Oh wait. She volunteered. Never mind.

We’re a pretty fantastic community of people. And we’re pretty forgiving when someone’s willing to take responsibility for their actions.

A word of advice for Miss McFlakey: If you’re excited about meeting all of us and you’re looking to make new friends in our community... this is probably not the best way to go about it.
at 12:45 AM