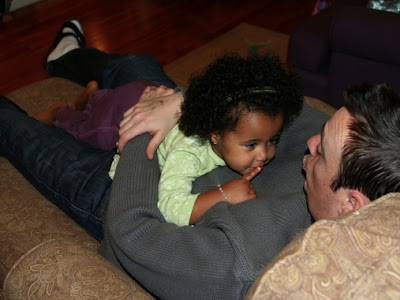 Let me just say for the record that I hate garage sales. Yes, that’s pretty strong language for me, but I think that adequately describes how I feel about them. I will never, ever host a garage sale as long as I live.

I didn’t always feel this way. I remember my mom had a couple of garage sales at our house when I was growing up. We kids were enlisted to make price tags, and assist with the cash box and calculator. It was very exciting to us, just like playing grocery store. But that was several years ago, in Orlando, Florida. The way I remember it, people paid you the price you were asking for. If they didn’t like the price, they didn’t buy it. Occasionally they’d ask if you’d lower the price for combining items, but if you said, “no”, they didn’t argue. People were nice and polite and downright cheerful.

Now we live in Los Angeles. It’s a different atmosphere here. There are a lot of immigrants from south of the border. And they have a different culture. Period. No judgment here. But it’s different. In that culture there is a lot of value placed on the ability to barter the price. More so than being polite. People will get mean and try to intimidate you into lowering the price, if the previous arguing hasn’t worked. And in the end, if they’re not happy, they’ll drive by and tell you you’re #1. Funny, they seem to be using their middle finger, but maybe that’s another cultural difference I’m not aware of. And so this is the culture here. Even for non-south of the border immigrants, this has become the behavior at garage sales. No one will pay the suggested price. Apparently these very wise immigrants got together and had some sort of town hall meeting, educating the non-immigrants about the fact that they didn’t have to be nice, that they could in fact use various techniques to get a better price. It’s actually a good idea if you’re shopping and you want the best price. But if you’re the one hosting the garage sale.... who needs that? I’ve seen my neighbors mistreated at their garage sales. No thanks.

For the record, I am in no way suggesting that immigrants from south of the border aren’t nice and polite and wonderful people. I’m just talking about the cultural attitude toward bartering prices. And yes I was totally generalizing. And yes, I realize not EVERY immigrant from south of the border would be rude in order to lower the price at a garage sale. I like Mexicans. Some of my best friends know Mexicans. Kidding. My best friends don’t know any Mexicans. Ok, ok, I’ll stop. (I will remind everyone that I once lived in Mexico and I have a minor in Spanish and even have Mexican relatives, so no hate mail please!)

So I just went through our toys boxes and the kids’ rooms. Our house isn’t getting any bigger and the closets have been bursting at the seams, so I decided to do a major purge of all the toys that the kids don’t play with anymore. And I had enough stuff to fill a garage sale. But WAS I going to have one? Are you out of your mind? Haven’t you heard a word I just said?

I actually thought about having a “Free Garage Sale” where everything was free. Boy wouldn’t that confuse people. That would probably be fun, though you know the first person who came along would take all the stuff and sell it on eBay. Plus all the extra work of borrowing tables, making signs and setting up. All for no monetary reward. In the end, we loaded up the minivan with all the stuff. The van was so full, there was only room for one person (the driver), so Marshall was the lucky one who got to take it all to Goodwill.

Judge me if you will, but I’d rather give everything away for free, than to endure a few hours of abuse just to make a couple hundred bucks.

And again, the above picture has absolutely nothing to do with my post. Just a super adorable picture of my daughter, telling Daddy to be quiet so they can take their pretend nap. What a ham!