Not Exactly What I Asked For 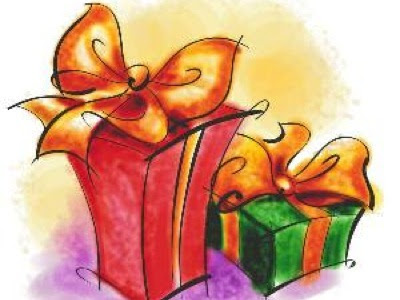 With my birthday around the corner (tomorrow to be exact), the packages have started arriving from out of town friends and family. The first package I received, from my in-laws, included a little something more than I bargained for. Let me explain....

Thursday the package arrived and I opened it right away, despite Haven’s insistence that I wait until my actual birthday. Who’s the kid and who’s the parent anyway??? Inside the box was some nice Peruvian jewelry that my father-in-law purchased for me when he was working in Peru. I set the (seemingly) empty box aside. Big mistake. This has happened before... multiple times and I never seem to remember to LEAVE THE CARDBOARD BOX OUTSIDE. I had placed the cardboard box on the half-wall, which is between our dining room and our hallway to the bedrooms. (also the place I dump the mail before I sort through it) All was well in the house (I thought) and I went to bed Thursday night.

We had a somewhat busy day planned on Friday, with an afternoon playdate and then a drive to our good friend Mia’s house for dinner, before carpooling to the Mesgana Dancer’s performance at USC in the evening.

Around noon, I was straightening up the house near the half-wall, when I happened to look over and notice that a HUGE FLYING ROACH was perched on top of my mail pile, staring right at me and waving it’s antennas at me. It was totally eye level with me. Now, I KNOW these things aren’t native to California. Our roaches are different. The only time I have ever had roaches in my house are when they are delivered to me in a cardboard box. I’m not sure when exactly they enter the cardboard box... whether it’s at the packing warehouse or in the delivery truck or what. All I know is they like cardboard... and I have received non-California species of roaches many, many times. Always when I leave the empty cardboard box in the house overnight. When will I ever learn?

For anyone who is not familiar with my previous posts... I’ll take just a minute to say that I have a HUGE, non-logical phobia of roaches. It comes from growing up in Florida and having really bad experiences with them (like looking up at a ceiling to notice a roach... just before it drops and lands on my face). So now my phobia is really big and I can’t stand to see a picture of one, or even walk past a dead one.

This particular roach was the biggest, most disgusting roach I think I have ever seen in my life. It was THREE inches long. Haven thought it was a frog when I pointed it out to him. I totally freaked. I called Marshall’s cell phone and left him a screaming voice mail.

Then, shaking, I walked into the family room and informed Haven about our uninvited house guest.

Haven: “Now how come a brave Mama like you is scared of a roach?” (interesting comment since he refused to even walk past it also)

Seamus: (holding Marlie’s play flip-phone) “Mama? I think I can squash it with this phone.”

My sweet little Seamus offering to come to my rescue. I seriously doubt he could do anything but scare it where it will scatter away under a doorway or bed somewhere, only to come out and attack me in my sleep later. (which is the same reason I kept the cats locked up in the laundry room)

So Marshall got my freak-out voicemail and called me back.

Me: “IT’S LOOKING AT ME! EVERY TIME I WALK AROUND THE HOUSE IT TURNS TO LOOK AT ME AND WAVES IT’S ANTENNAS AT ME!! I CAN’T LEAVE THE HOUSE! I NEED TO KEEP AN EYE ON IT SO I KNOW WHERE IT IS!!!! Besides, I have a play date in two hours with Nikki.”

Marshall: “Get out of the house and stay out until Nikki get’s there.”

I got off the phone and got the kids out of the house. I actually had to return before the play date because I had some other things I needed to do before Nikki got here. We ran an errand and picked up lunch, and returned home. On my drive back home, I called my sister in Chicago for some moral support. Mainly, she just laughed at my pain. Still, talking to her helped calm me, so I stayed on the phone with her throughout lunch and until my friend Nikki arrived.

My sister: “You know he’s probably more scared of you than you are of him.”

Me: “Not helpful. You know I can’t even eat my lunch I’m so freaked out.”

My sister: “What did you get for lunch? Is it cruchy?” (snicker, snicker)

My sister: “Can you trap it under a glass bowl or something?”

Me: “That would require me to get within 15 feet of it, so NO I CAN’T. It KEEPS turning to look at me wherever I am!!! He’s sitting there, waving his antennas at me... taunting me!!!”

My sister: “ha ha ha! I was having a bad day today so I’m glad you called. This is hilarious.”

Glad I could be a source of entertainment for her.

Finally my friend Nikki arrived with her kids for our play date and I got off the phone with my sister. I ran outside to meet Nikki in the driveway and explain the situation to her. She agreed to take care of it for me. She took a wad of paper towels and grabbed the vile creature, squeezing him in her hands. It actually took her a while to kill it... she was informing me that she was squeezing him as hard as she could and he was still not dying. Eventually, she succeeded in killing it, and disposed of it outside.

She is a true friend. And she’s my hero. Even though she lives an hour away, if she EVER has a snake in her house I will drive straight there and take care of it for her.

While I’m writing this, there is another birthday package sitting in my mailbox. I don’t think I’m ready to bring any cardboard boxes into the house just yet.
at 4:18 PM

Email ThisBlogThis!Share to TwitterShare to FacebookShare to Pinterest
Labels: roaches