I'm Flattered, But No Thanks 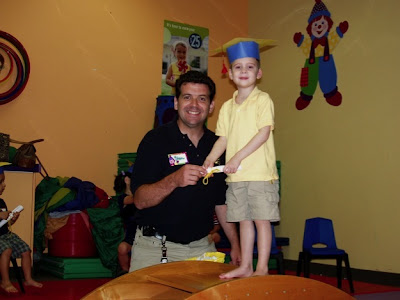 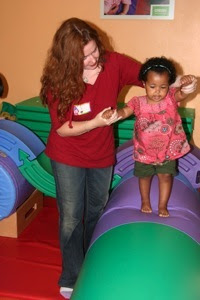 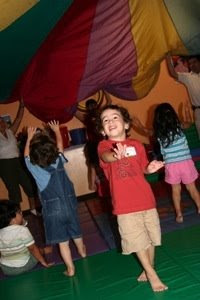 We’ve been a “Gymboree Family” since Haven was just a small fry. All three of my kiddies have participated in their classes. In fact, I can hardly remember a time when we were not involved with Gymboree. The reason we stuck with it as long as we did was because of the exceptional teacher Stan. (or “Mr. Stan” as we affectionately call him) We always picked our classes based on which ones he specifically was teaching. It was always all about Stan. Well, after 15 years, Stan has left Gymboree.

Gymboree is just not the same without him. Maybe it’s the fact that the new replacement teacher gives me major stalker/lesbian vibes. I don’t know. Sorry to disappoint, lady. I don’t swing that way. Oh yes, and I’m married. Only in LA would you find a female Gymboree teacher who was bold enough to proposition a married housewife. At least I think you would only find that in LA.

Anywho, I’ve decided not to re-enroll. Stan has moved on to a new job, and we will clearly follow him anywhere he goes. He now manages a play gym that has a much higher age limit, allowing Haven to run around too. All three of my kids playing at the same time. Awesome. And there is no time limit. Once you pay the entrance fee or buy a membership, the kids can play as long as they want. The place is open from 9am to 9pm, so I suppose technically, you could play for 12 hours straight. Not sure I’d want to though. At least I don’t have to worry about being propositioned at the new place. I think.
at 2:47 PM