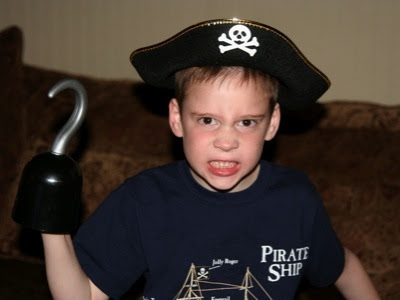 Every Friday night at our house is pizza+movie night. Tonight was no exception. Some movies are fantastic and some... not so much. For instance, “Neverending Story 2”. Um. I don’t really know what to say about that one. Let’s move on.

Haven and I have been plowing through the book, “Swiss Family Robinson” for the past few months. Knowing we would finish it this week, I suggested to Marshall that we could rent the movie this Friday as a reward for finishing the book. Haven and I were really excited to see if the movie matched our imaginations as to what everything looked like when we were reading the book. I don’t think I had ever seen the 1960 Disney movie in it’s entirety before and certainly didn’t remember any of it. If I had, I probably would not have chosen to watch it tonight.

Things the Swiss Family Robinson movie has in common with the book:

1. A Swiss family is shipwrecked on their way to New Guinea and make their home on an island they name, “New Switzerland”.

Questions I have after watching the movie:

1. Where’s Jack? (the 4th son) Did he get swept away to sea during the storm that shipwrecked the ship? Was his demise too painful for the family, so they never spoke of him again, and pretended he never existed?

Oh, these things drove me NUTS. I totally get the artistic license that movies take when they make a film version of a book, but COME ON PEOPLE!

And the worst violation: The pirates! There were NO pirates in the book (other than the fear of pirates) and the horribly stereotypical Asian pirates were a HUGE part of the movie. Actually when Haven first saw the Asian pirates he yelled, “HEY!!! Those are the pirates from the new Pirates of the Caribbean movie!!!!”

Why oh why did they feel the need to ruin a perfectly good book? My “Swiss Family Robinson” adventure game on my childhood Apple IIE was much more faithful to the book than the movie was. Why didn’t they just call the movie, “Shipwrecked Family That Fights Silly Asian Pirates” instead of pretending they were making a movie version of the book?

Maybe I should put away the ol’ contacts and start wearing my glasses (for things other than walking to the bathroom in the middle of the night). Hmmmm. Maybe not.
at 2:11 PM