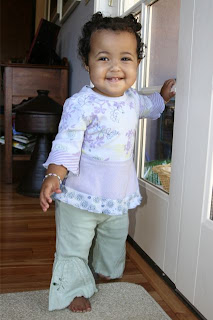 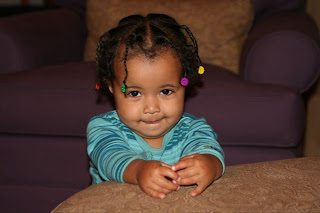 Let me start by saying my daughter is brilliant. She amazes me every day. Ok, so to be honest, it’s probably a lot to do with the fact that she is a girl, and my first two kids are boys. In fact, everyone who has a child of each gender should have the boy first, then the girl. That way you think your boy is amazing at each milestone he reaches. When you have the girl next, you are even more amazed at the milestones she reaches... even to the point of believing your daughter is so incredibly advanced. The wrong way to do it would be to have the girl first because then the bar is raised too high and you think your next child (a boy) is retarded. Let’s face it. Girls and boys mature at different rates. Girls develop certain skills, like language, much quicker than boys do. As a matter of fact... I think the girl bias is single-handedly supporting the speech therapy field. The only kids I know of who are in speech therapy are boys. Very suspicious to me, but I digress.

Back to my brilliant daughter. She is now 12 months old. She is saying several words, not to mention using “baby sign language”. I am quite frankly shocked. She has only been in this country and been exposed to this language for 4 months and yet at 12 months old, she is talking. Her first word was “Mama”, followed by “Dada”, “Hi Kitty” and “Hi There”. Tonight she said, “Ice Cream” and as impressed as we were, we did not let her have any of our ice cream. I did not want to have to deal with the stinky consequences of giving my lactose intolerant daughter ice cream. Instead she got to eat goldfish crackers. But again, I digress. Neither of my boys were talking that much at 12 months. (or at all) And my boys are really smart! Back to Marlie... she has accomplished so much. When we brought her home, she was an 8 month old baby who was not mobile. In the 4 short months she has been home, she started crawling, cruising and on her birthday she took her first step on her own. Now she loves pushing her little princess ride-on toy around the house. She was barely eating solids (baby food) when we brought her home and now she’ll eat anything that’s not nailed down. (not kidding) At 12 months, she currently eats more than my 2 and 1/2 year old son and eats more than my 7 year old son. (again, not kidding) Last week I decided to try a sandwich on her. She ate an entire peanut butter and honey sandwich, including the crust! Yesterday I took all three kids (by myself) out to lunch at Panera Bread. As is usually the tradition at Panera Bread, my boys split a grilled cheese sandwich. Yes, they each eat 1/2 of the sandwich. Well, yesterday I ordered a second kids meal. Not the grilled cheese... because, again... lactose intolerant! Marlie ate an entire peanut butter and jelly sandwich while I continually reminded her brothers to finish their 1/2 sandwiches. She finished eating before they did!

Both my boys would rather play than eat, but for my darling, brilliant daughter, she would rather eat than play any day of the week. Keep feeding that big brain of yours, my little Einstein daughter!
at 8:05 PM